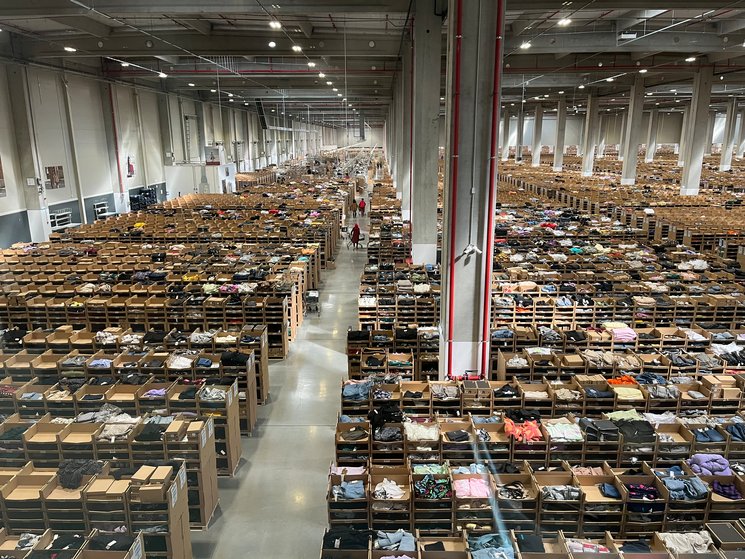 The year ended with a sales record

Quehenberger Logistics was able to make optimal use of the strong market environment in Europe and concluded the year 2021 with a sales record of 540 million Euros. This was announced by the two managing directors, CEO Christian Fürstaller and CFO Rodolphe Schoettel, today, Wednesday, March 2nd, 2022, at the company`s headquarter in Strasswalchen near Salzburg (Austria). This means a growth of 26 percent compared to the previous year (427 million Euros). Compared to 2019, the last financial year before COVID, this is also a strong increase of 17 percent (460 million Euros). The Austrian logistics company expects similar growth again for the current year.

The company, which has been active since 2010, clearly exceeded the forecast of 470 million Euros with record sales, whereby growth being achieved exclusively organically without acquisitions. “Business expansion with existing customers and growth in all areas and the company`s uncompromising focus on an efficiency and high-performance strategy since 2018  paid off in 2021,” emphasises CEO Fürstaller.

3,900 of these are employed in Eastern Europe. The most labour-intensive country organisations are in Romania and Slovakia, where Quehenberger is heavily involved in e-commerce for fashion and retail.

“Without our strong teams in 18 countries we would not have been able to achieve this success. Together we managed to further increase our performance in the two difficult years 2020/21. The flexibility and the motivation of our teams can not be estimated,” emphasized the CEO.

The distribution of sales has also changed in 2021. “For the first time our companies in Eastern Europe contributed more than 40 percent to the company`s total revenue. The organisations in Romania, Slovakia and Croatia deserve a special mention in this context,” explained CFO Rodolphe Schoettel.

In the product segments the main drivers of sales were Contract Logistics including e-commerce fulfillment and Air & Ocean. With the latter, the worldwide network of Quehenberger Logistics has paid off. “Many customers have booked additional intercontinental transports with us, because concerning the scarce capacities, resilient networks and a high degree of flexibility were important,” said COO Klaus Hrazdira. The result was a doubling of sales, among other things by numerous air charter projects between Asia and Europe.

Contract Logistics has also grown significantly. The managed warehouse areas increased from 690,000 to 809,000 square meters. The new location in Loosdorf, Austria on the A1 was filled with almost 50,000 square meters. The e-commerce fulfillment centers in Romania and Slovakia have more than 1,800 employees and the next increase is already imminent.

In the past year, the massive efforts towards digitalisation brought success. The hub for this is the QCCP Quehenberger Customer Care Platform, which brings together all parties involved in the supply chain on a transparent interface, from the customer to the carrier. It not only offers paperless order processing or standard services such as tracking & tracing, but also, for example, live tracking of the trucks, where the arrival time is determined every five minutes.

"A whole new level of performance! We share our information in real time and can immediately initiate countermeasures such as the disposition of the affected staff," explained CEO Fürstaller. With its digital innovations, Quehenberger is not only improving customer service, but also achieving greater efficiency: "After four intensive years in the implementation of our digitalisation strategy, we have now laid the foundations for scaling our services." The need for this is also there.

Quehenberger Logistics is convinced that the current business year will be characterised by a difficult staff situation and capacity bottlenecks in the means of transport. According to Fürstaller, the year 2021 proved that the company was nevertheless able to find enough employees through creative personnel recruiting and a positive employer image. The economic situation remains good. In warehousing, demand will remain high because the intercontinental supply chains are being rebuilt and are much more regionally oriented.

Of course, the current political situation also affects Quehenberger Logistics: "We will support our colleagues who are in an extremely difficult situation in Ukraine, Russia and Belarus as best we can," says Klaus Hrazdira, COO.

Quehenberger will also continue its efforts to promote electric mobility in logistics and CO2-neutral transport. Thanks to digital route planning across countries and customers, empty runs are avoided and CO2 emissions are reduced. The customers receive complete transparency about the CO2 balance of their transports through CO2 monitoring. 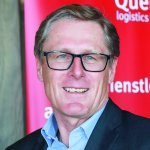