Contact us
Phone +43 50145 0
E-mail office@quehenberger.com
Together on the Path to Success.

Our mission: to impress our customers every day anew. It not only takes profound knowledge, professionalism and long-term experience for that but – first and foremost – passion. And precisely this passion is 3,820 people strong at Quehenberger Logistics! For Management and Team, one thing is in focus every single day: the satisfaction of our customers.

Logistics is our Passion 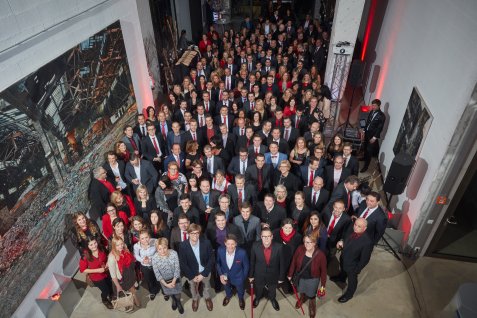 That’s why we devote ourselves to fulfilling your requirements – we know the problems and challenges our customers face. That’s exactly where our passion for service at Quehenberger Logistics comes into play: On the basis of our extensive industry knowledge, we develop customised and individual transport and logistics solutions. On a personal, competent and “handshake quality” level.

Daily, we work together on our Vision to be the best medium-sized logistics company in Central- and Eastern Europe. Convincing due to the Quality of our services, unparalleled in Efficiency and with a level of Profitability that secures our Future.

“Our excitement for logistics and service as well as trustworthiness and ‘handshake quality’ are the most important attributes of our thinking and our actions.”

More than 3,820 employees work on putting a smile on our customers’ faces on a daily basis – at more then 84 locations in 18 different countries. Beyond borders, our experts do everything in their power to develop the best possible solutions for your requirements and to smoothly implement them. 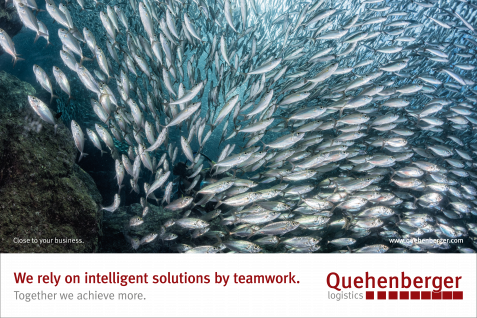 The key to your success is not only in the details but in the big picture.

Because we rely on swarm intelligence: Together as a team, we accomplish more – across products, industries and countries.

To ensure the strength and dynamics of our competent team in the long run, we invest in a positive working climate. Alongside numerous training and development options, we also provide innovative job profiles, attractive work time solutions and contemporary remuneration systems. Lively additions to that: regular company events, team building arrangements and our annual international Quehenberger Logistics soccer tournament.

“Only those who work flexibly and efficiently can accomplish the best possible return for themselves and the company.”

Flat hierarchies, fast decision-making processes and a sensitivity for what truly matters: that’s how the Executive Board at Quehenberger Logistics operates. The Management is strongly rooted in the company structure and the owners are deeply involved in the operative business of the company as Managing Partners.

Rodolphe Schoettel
has been CFO and Managing Partner of the Quehenberger Group since 2009. After his studies at the University of St. Gallen and several years as an investment banker, Rodolphe Schoettel became a Turnaround Manager at Treuhandanstalt Berlin in Germany. In 1997, he assumed the position of Executive Director at Delacher+Co Transport AG and, a few years later, was appointed CFO in the Board of Directors at Thiel Logistik AG, a quoted company. In 2003, he accepted a position in the Executive Board at TNT Logistics CEE alongside Christian Fürstaller. Later on, he became CFO and a member of the Board of Directors at Pin Group AG.

Klaus Hrazdira
has been COO at Quehenberger Logistics since 2013. He started his career in logistics at the freight forwarding company Cargoplan before he became Managing Director for Austria and Hungary at Expeditors International in 1995. Two years later, Klaus Hrazdira joined Rudi Quehenberger’s freight forwarding company as General Manager in the area of Air and Ocean Freight. In the following years, he moved up the ladder to become Chairman of the Executive Board at Quehenberger Logistik AG and eventually joined the Board of Thiel Logistik / Logwin (Luxemburg). In 2005, he was appointed COO there, in charge of the newly created “Solutions” segment. From 2009 to 2012, Klaus Hrazdira was Global Managing Director and CEO of Hellman Perishable Logistics in Germany.

„At Quehenberger, we strive to keep all logistics processes along the supply chain as simple as possible and as comprehensive as necessary. This kind of optimisation ensures continuously high quality standards as well as a reduction of costs.“